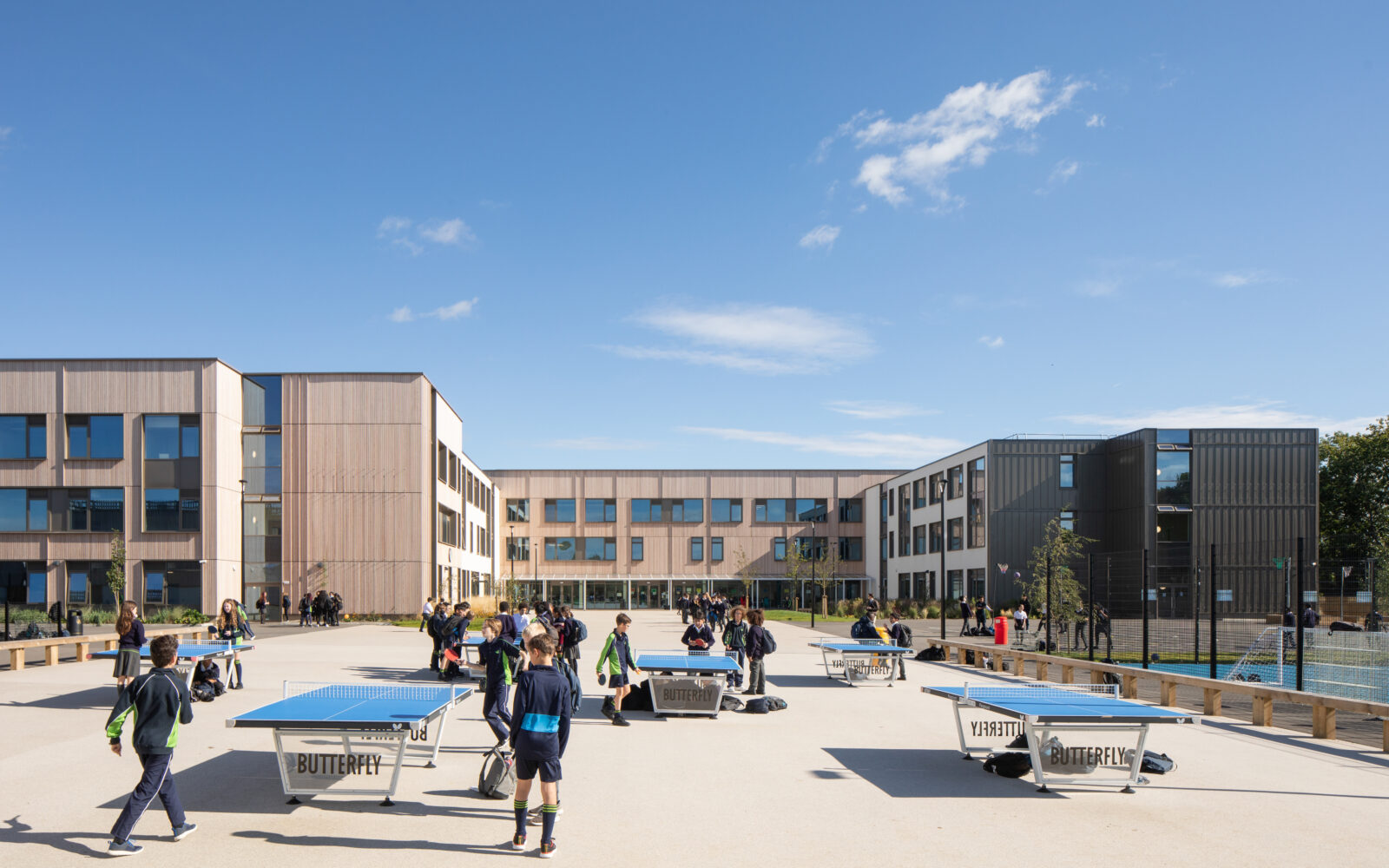 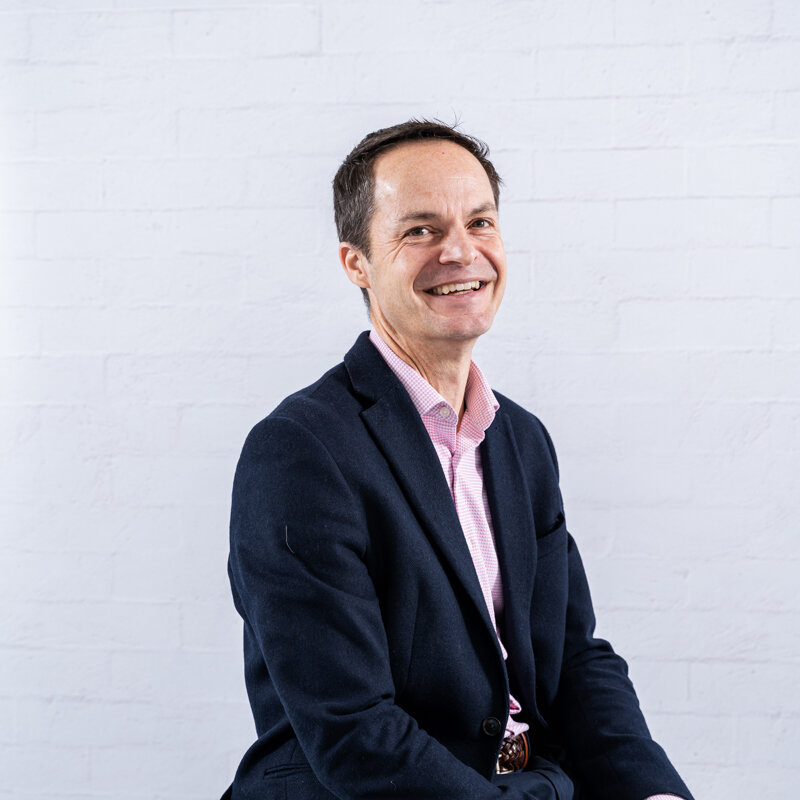 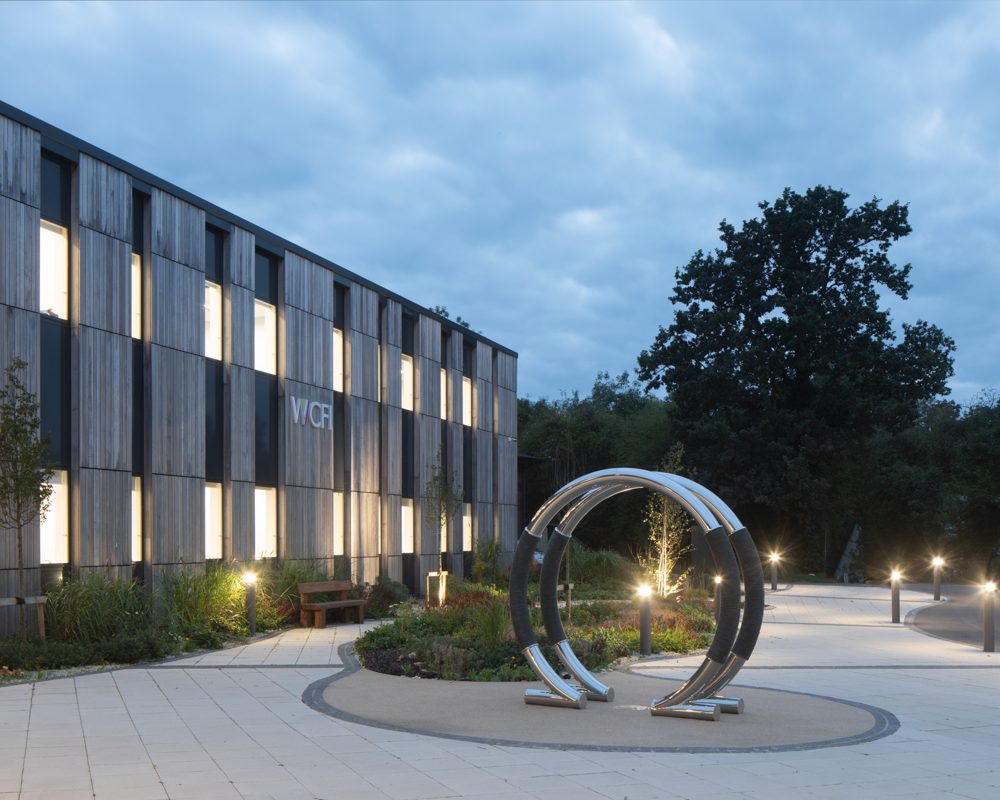 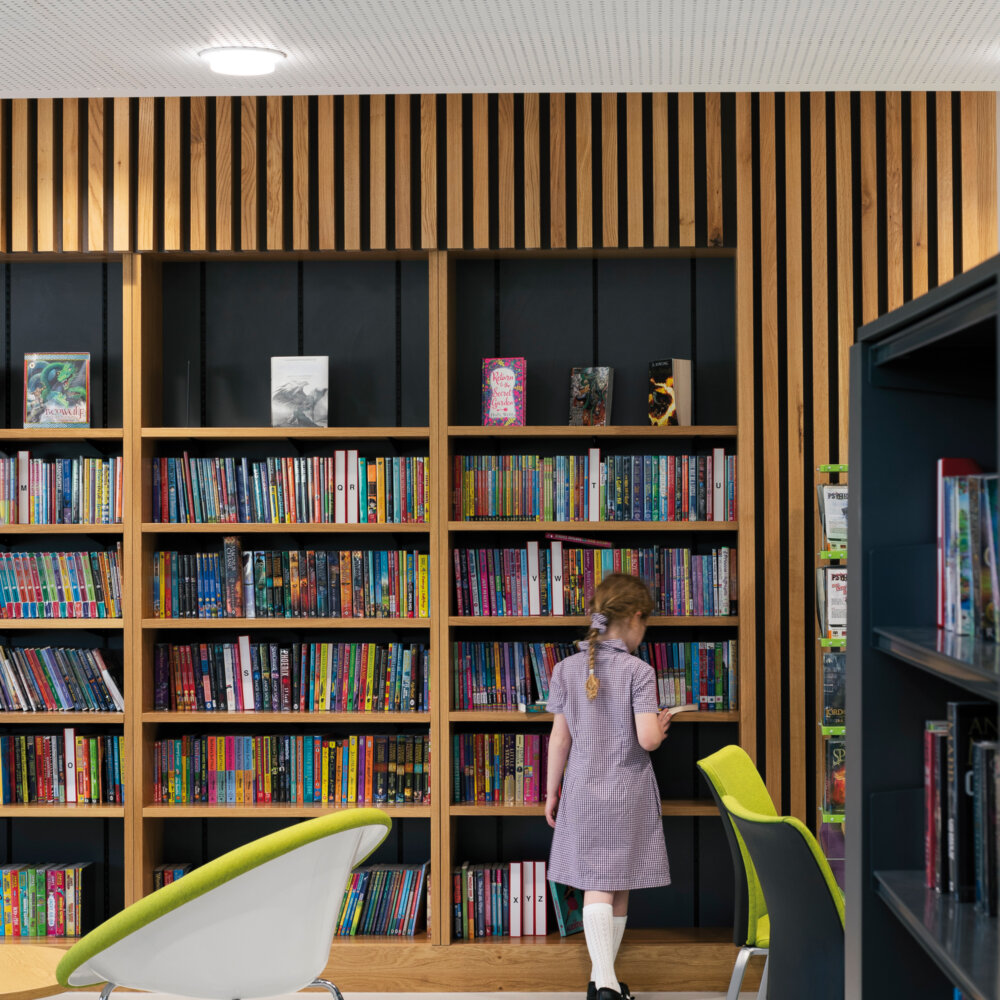 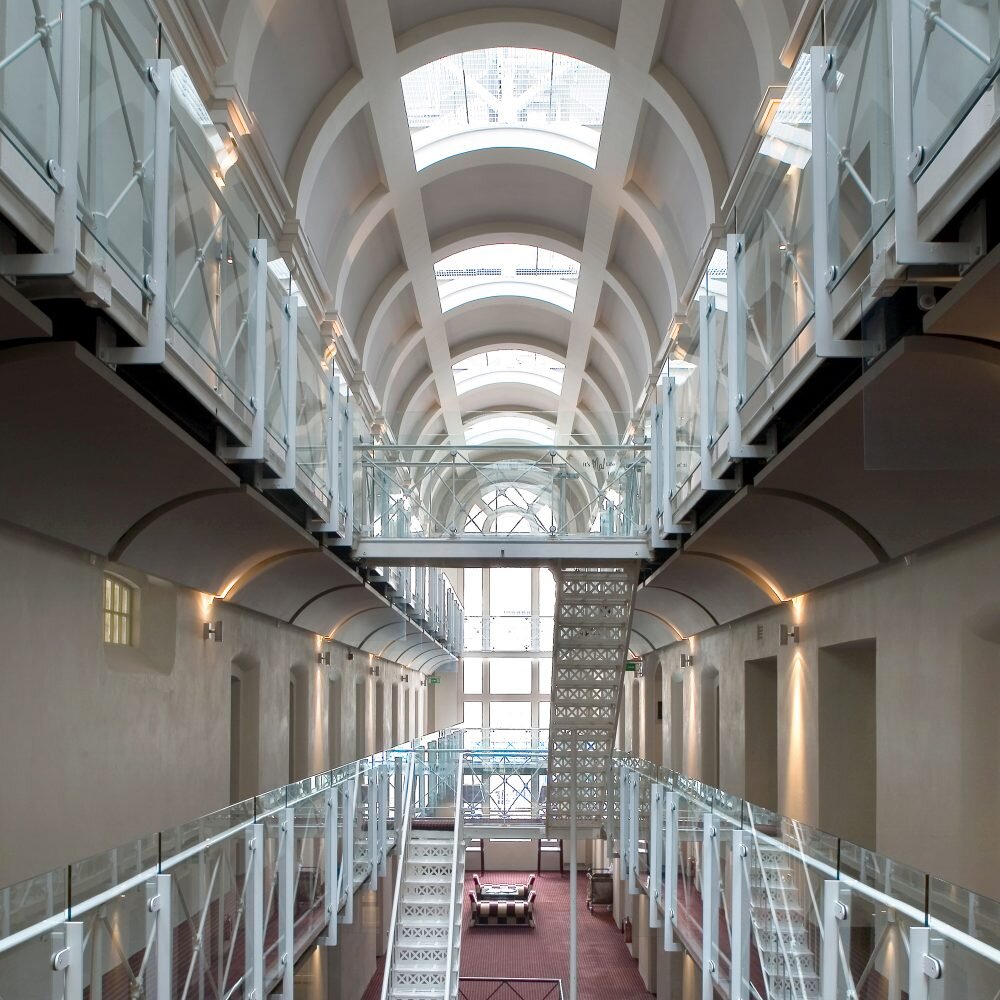 Planning permission was a major hurdle for the Swan School. The proposed site was in the green belt, and largely undeveloped. We also had to look closely at sustainable transport options, working with the strong network of local paths and cycleways. At Meadowbrook College, it was important that the classrooms face away from the Swan School site, so that pupils would not be distracted by the sports pitches. 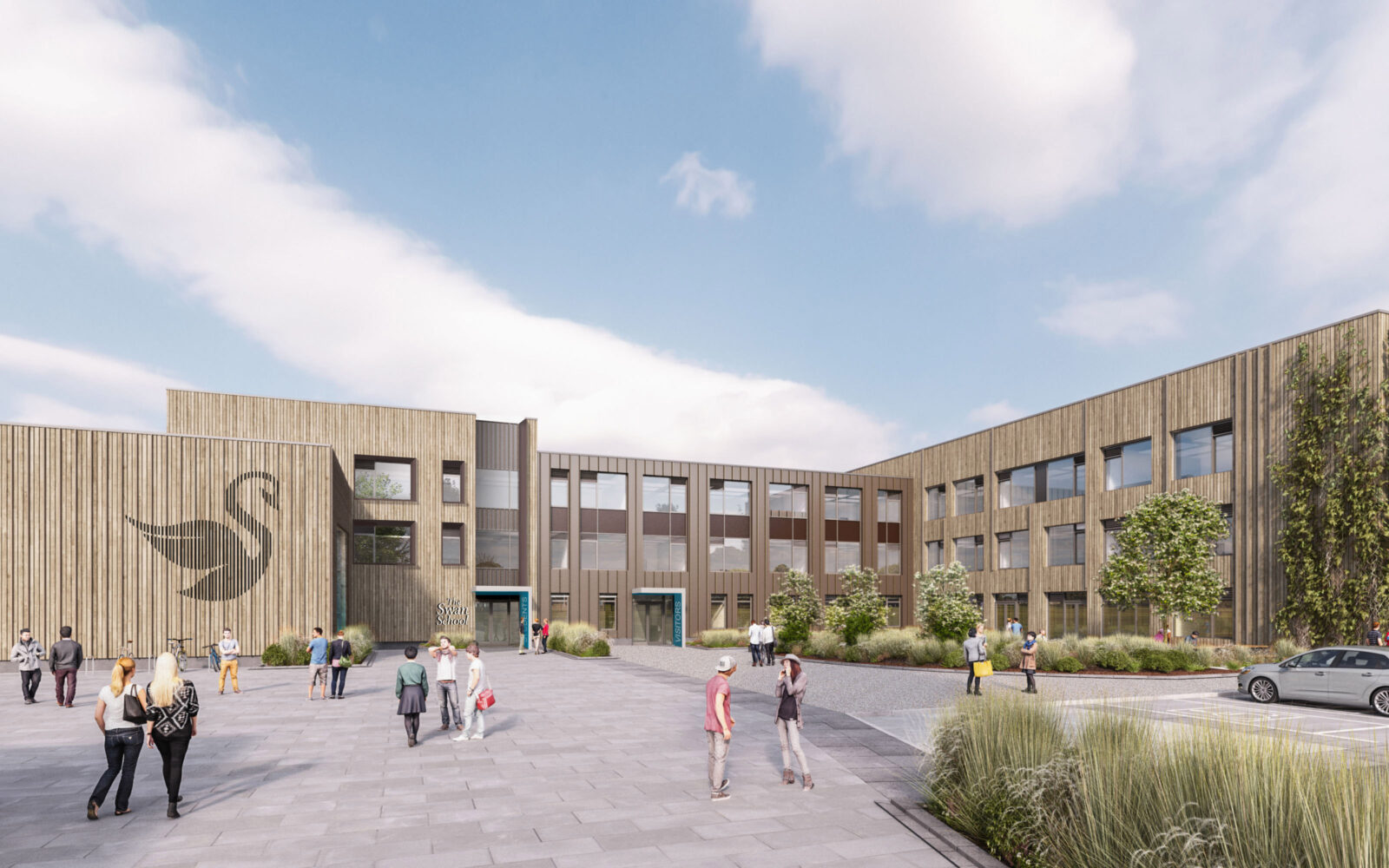 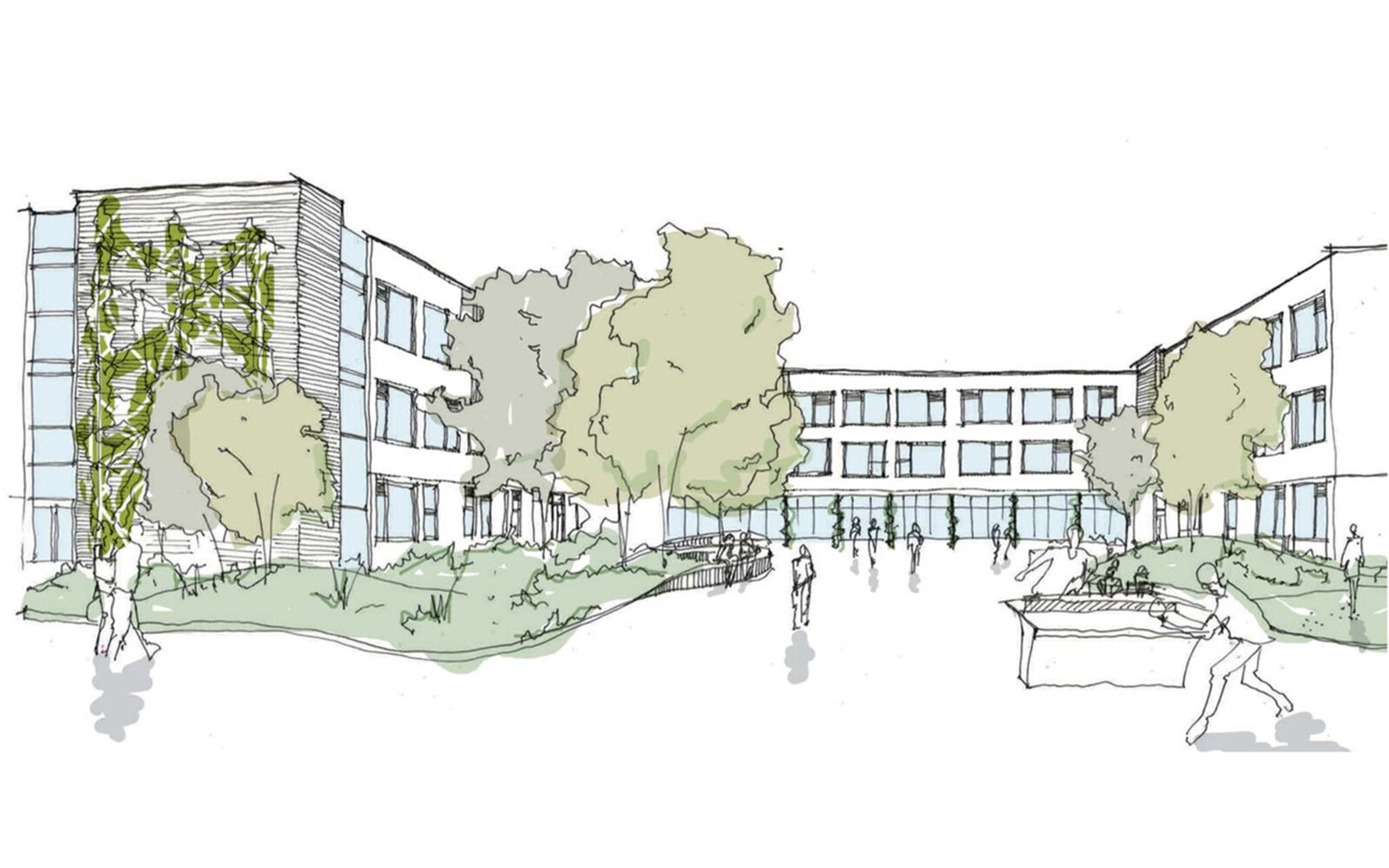 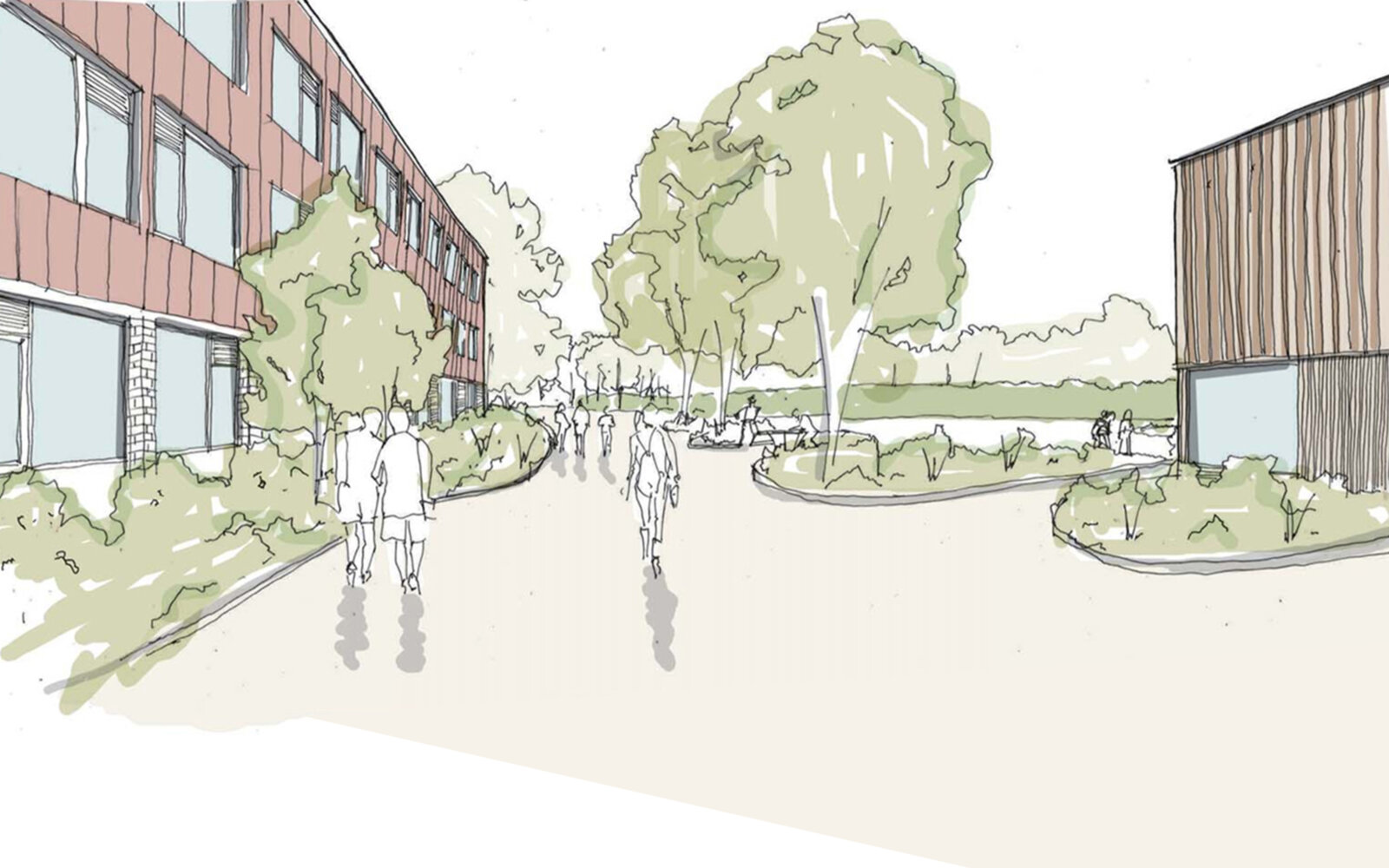 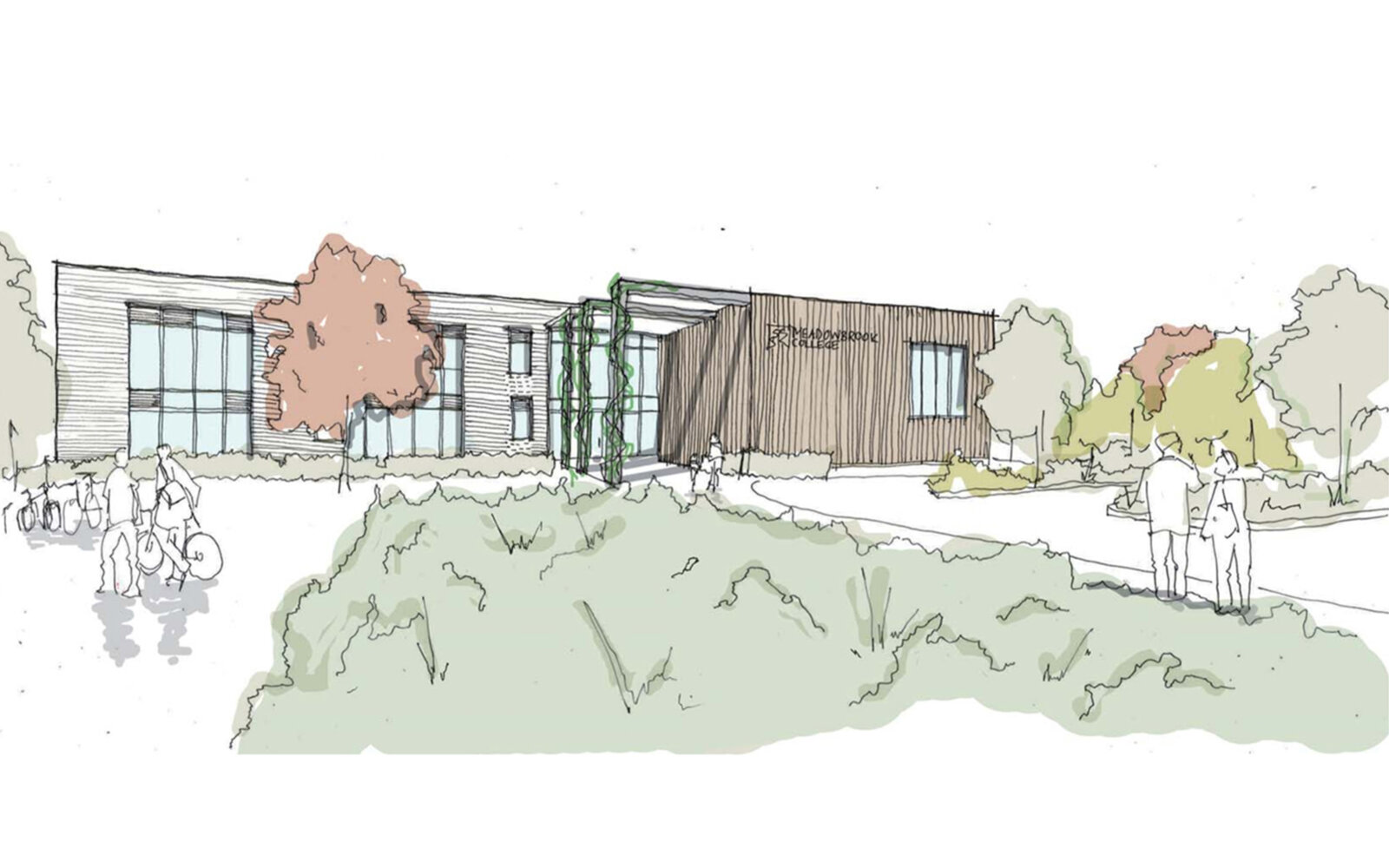 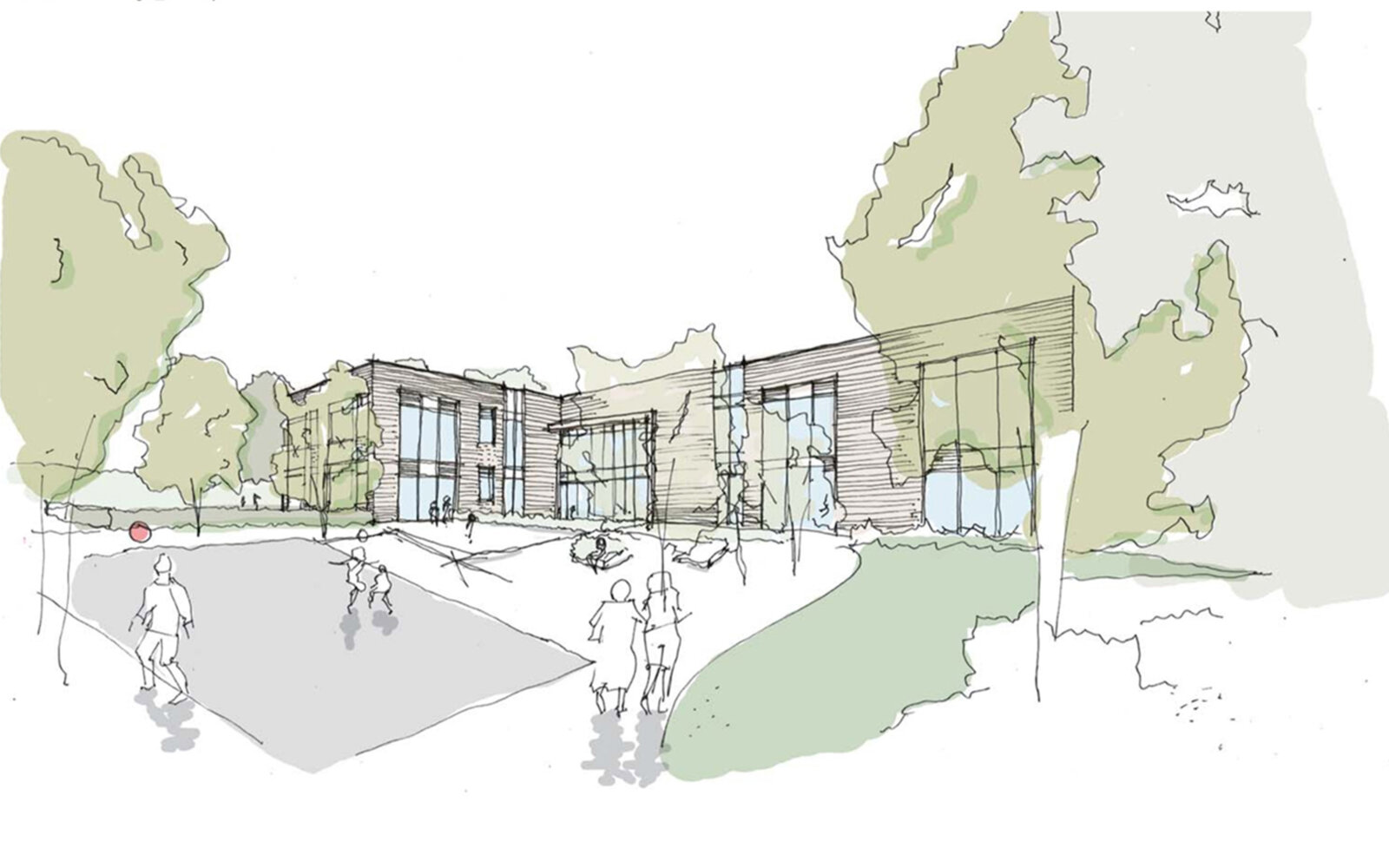 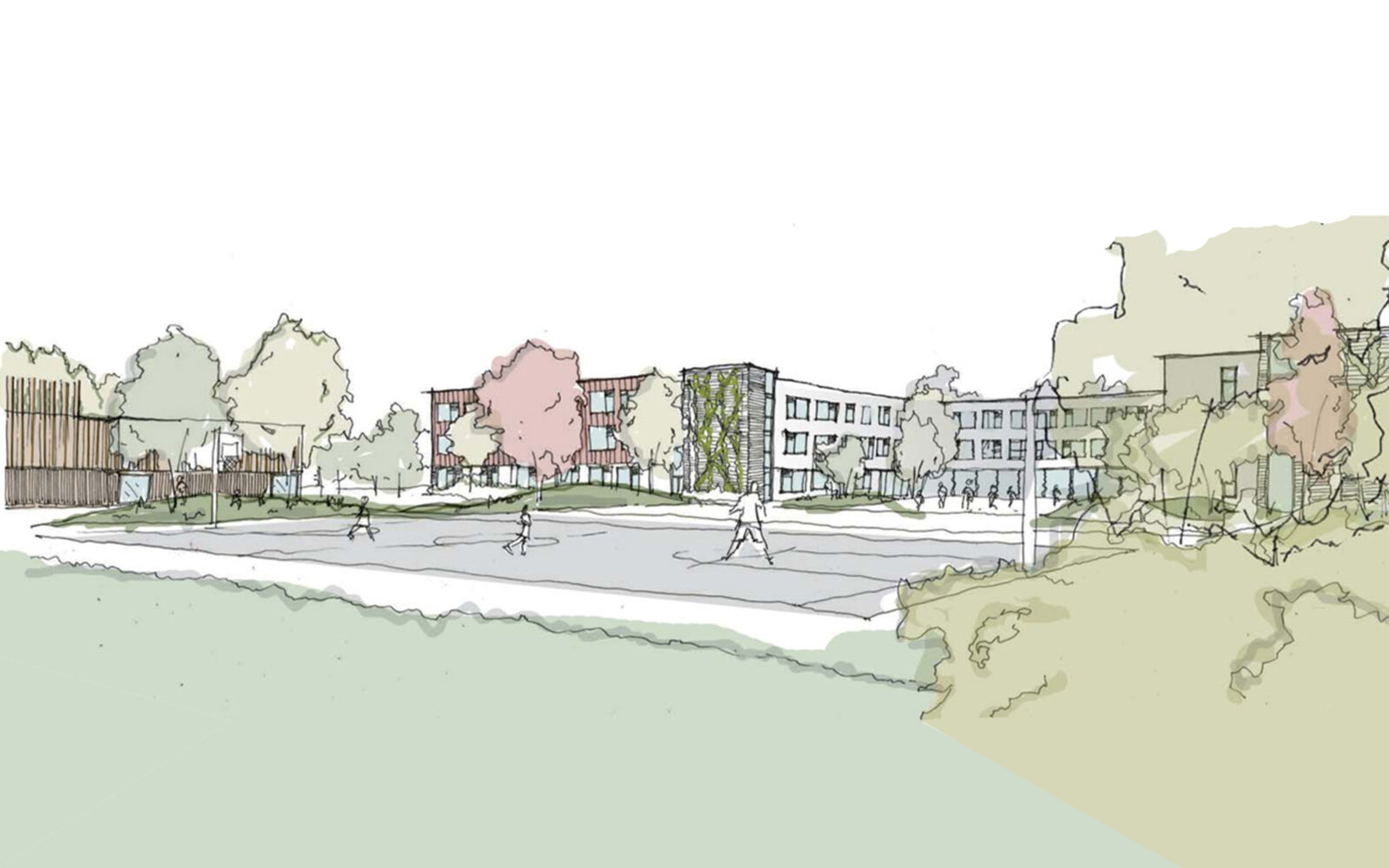 To ensure a joined-up approach to the brief, we put forward our multidisciplinary offering, Corde, to deliver the project. Exploring every facet of the site’s context was crucial to winning planning permission: we commissioned a Landscape Impact Visual Assessment to make sure the building would have a minimal impact on local residents, and used green walls and roofs to help the school complement its surroundings. A clear colour scheme inside the building helps pupils to feel welcome, and to find their way around the school.

We experimented with different layouts for Meadowbrook College, settling on a ‘T’ shape that gives pupils views out over the landscape without the risk of distraction. Outdoor learning can have powerful benefits for welfare and academic performance, and we made sure that pupils can easily move between the indoors and the outdoors. 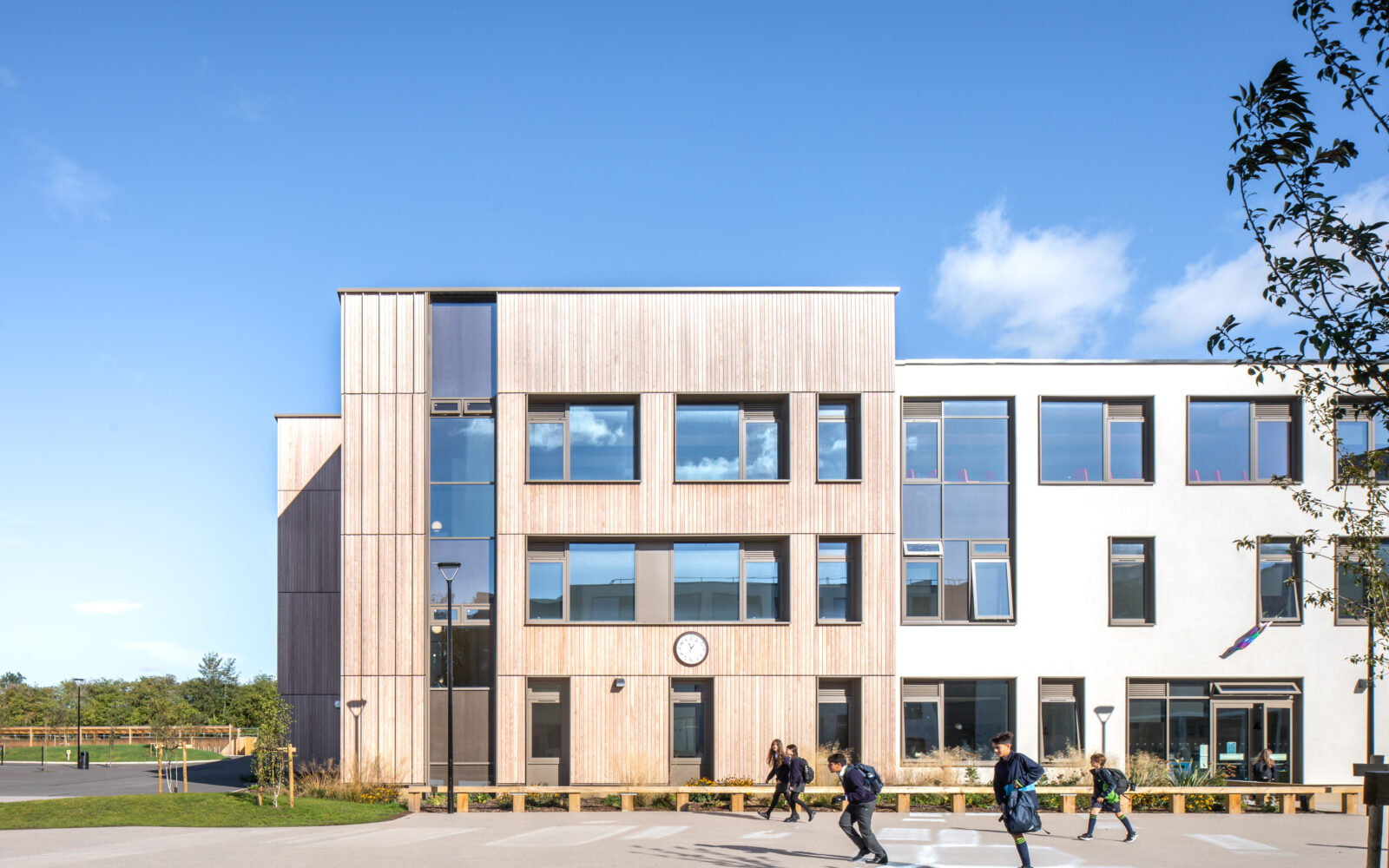 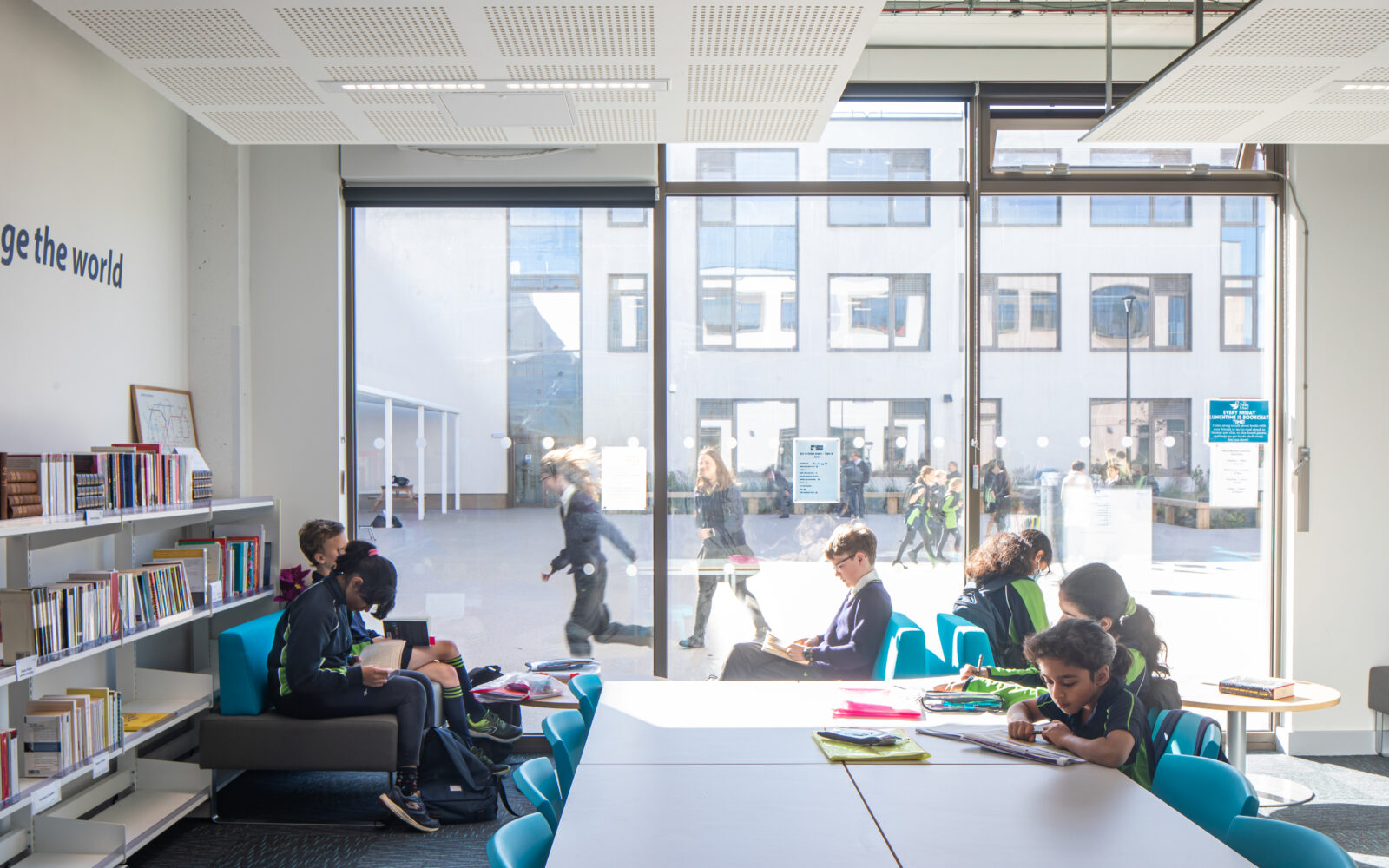