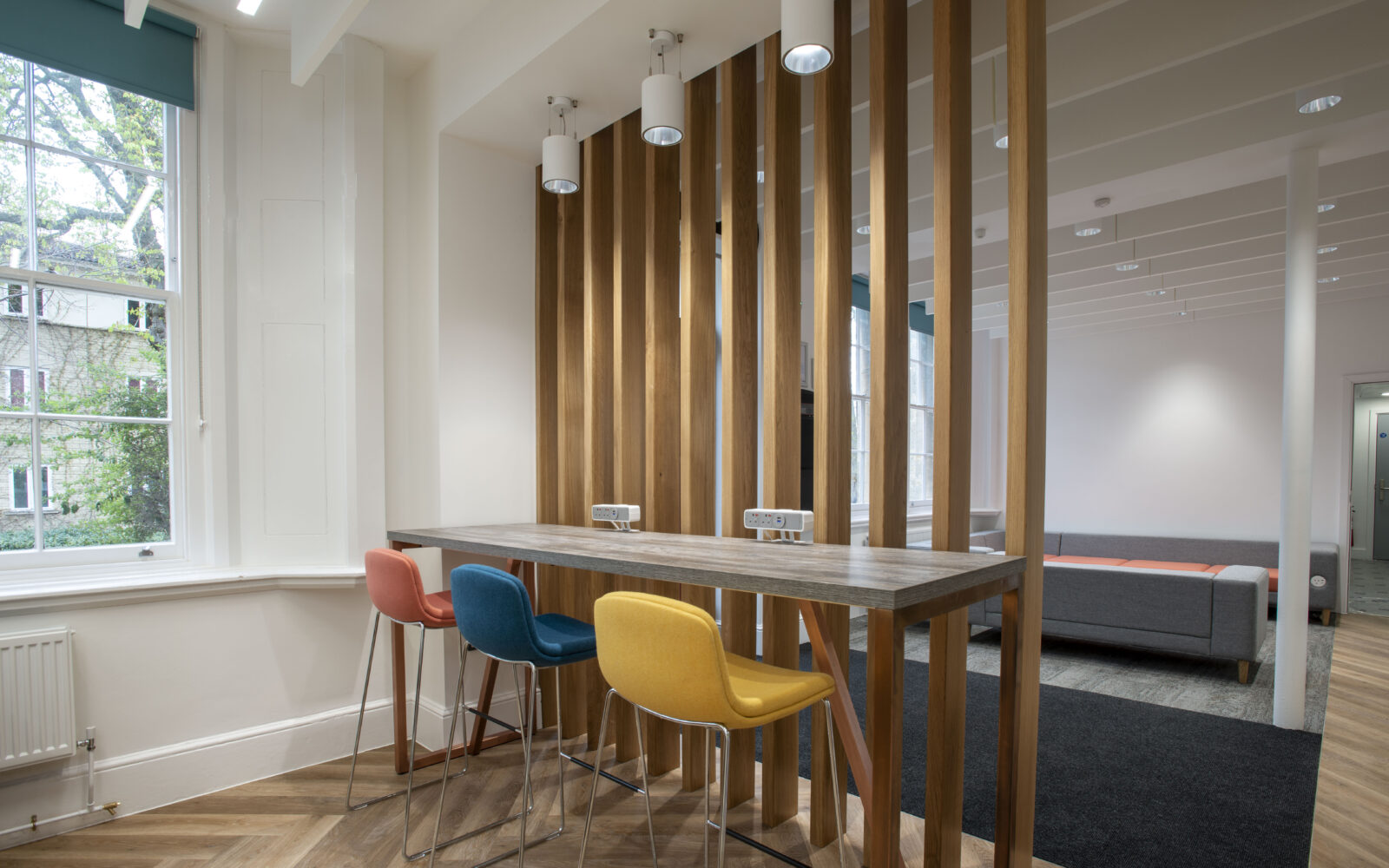 How to Reach Net-Zero Carbon

The phrase “net-zero” isn’t going away from construction: as an industry, our emissions make up almost 40% of the world’s total, and LETI (the London Energy Transformation Initiative) has set out a timeline for achieving net-zero carbon across all buildings by 2050. But there’s a key challenge to achieving this – one that goes beyond the practicalities of sustainable design and retrofit. What do we even mean by “net-zero”? What are we measuring here?

The impact of a building project isn’t easily defined, and encompasses far more than the energy it takes to run once in use, or even the energy it takes to build. For one thing, buildings operate unpredictably in use and depend on the habits of the people who inhabit them. Should we be aiming to offset every boil of the kettle? How much can we plan for future flexibility and change? Our recent project at Stansfeld Park in Oxford is a good example: the innovation centre within the building needed to accommodate science and research SMEs and to be flexible for future growth, but anticipating the energy use of a wide possible range of scientific equipment is almost impossible.

This hints at a major issue with how we often look at net-zero design – and with design more widely. The design of a building doesn’t finish when it’s handed over to a client, and we can only claim to have “achieved” net-zero after careful monitoring of the building in use. Even then, changing uses can quickly snatch away the title. And if the building is demolished, repaired or extensively replaced, another important factor comes into play: whole-life carbon.

Whole-life carbon is a metric which considers both operational and embodied carbon over the lifetime of a building, where “operational” covers the carbon used by a building on a day-to-day basis and “embodied” refers to the carbon used in construction, literally built into the building’s “body”. The whole-life approach puts the onus on designers to see the whole picture, thinking decades beyond a project’s completion. It’s an approach championed by organisations like RIBA, LETI, Architects Declare and the Architects Climate Action Network. Most recently, an industry group has developed an Approved Document Z (referencing the alphabetically titled Approved Documents providing guidance on Building Regulations) which proposes regulatory targets for whole-life carbon, and mandatory whole-life carbon reporting for all buildings over 1000m2.

Shifting our focus in this way is essential. The more we improve energy efficiency for buildings in operation, the higher a part embodied carbon comes to play in their footprint. Depending on a building’s performance, embodied carbon can contribute anywhere between 33% and 69% of its overall carbon footprint.

To reduce embodied carbon, we need to focus on our choice of materials – including what we use to build, where we get it from and how much of it we use. Where possible, local, bio-based materials with a low carbon footprint can make a huge difference, but reducing steel or aluminium in favour of more sustainable materials like wood can require a culture shift and a bit of creativity. Fortunately, recent trailblazing projects have shown that it may be our design approach which is constraining our choice of materials and not the other way around: a good example is White Arkitekter’s recent Sara Cultural Centre in Sweden, which is one of the world’s tallest timber-framed buildings at 75 metres.

But it’s not just the way we build that needs to change: we can reduce embodied carbon even further by questioning whether we should build at all. Retrofitting an existing building – rather than demolishing it and building afresh – ought to be the default, as it’s clearly a more efficient approach when it can meet the brief. Not only can it save costs and create historical continuity, but it can also massively reduce material use, as simply reusing foundations, structure and façades can reduce a carbon footprint by 65% compared with, say, a new build school (LETI Embodied Carbon Primer). Once again, though, our cultural habits and learning play a huge role in obscuring what’s often the best solution, and retrofit has a long history of being overlooked as an option, partly down to issues such as VAT benefits for new build and its perceived complexity.

We’ve taken this approach to a recent project for Oxford Brookes University, where we worked with contractor Stepnell to retrofit a former army barracks in Cowley, Oxford. Built in 1876 for the 43rd and 52nd Foot regiments of the Oxfordshire and Buckinghamshire Light Infantry, the 145-year-old building is now entering the next stage in its history as invaluable student accommodation, without losing its unique character and contribution to the city.

Not only is retrofit inherently sustainable, but in this case it extended the life of materials that had already been sustainably sourced – long before architects were aware of the concept of embodied carbon. The stone used to construct the barracks came from Charlbury, a mere 20 miles from the site. As stone often needs little in the way of processing, its use as a material over a century and a half represents exceptionally low embodied carbon.

The project completed earlier in the year, opening up the ground floor of the building to create student-focused social and study spaces, and converting the upper floors to student flats. But it’s perhaps more accurate to say that the project continues – in the future life of the building as it develops, in the measuring and gradual reduction of its operational footprint, and in the embodied carbon that’s made it a sustainable exemplar, through something as simple as choosing the refurb over the wrecking ball. 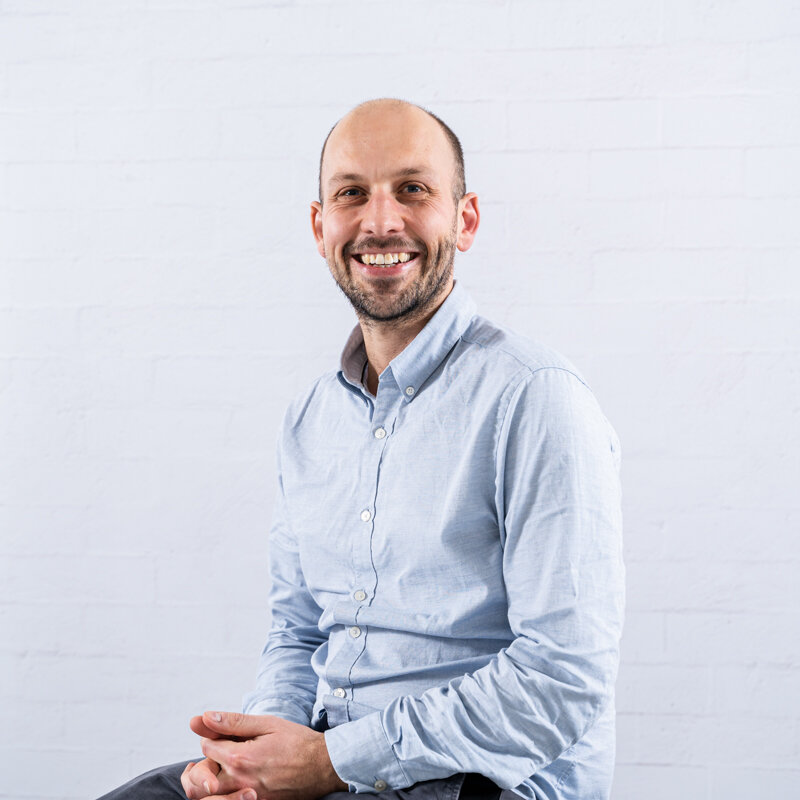 Simon is an associate director, and a member of ADP’s sustainability group. He has a wealth of experience across the education, commercial and residential sectors.

Simon’s key interests include addressing the issues of climate change by focusing on the critical performance of buildings. He also enjoys the technical aspects of design, and the challenge of seeing early architectural concepts through to their realisation on site.

Outside of work, Simon likes to practise what he preaches – from building bikes out of bamboo to castles out of cardboard (with his son)! 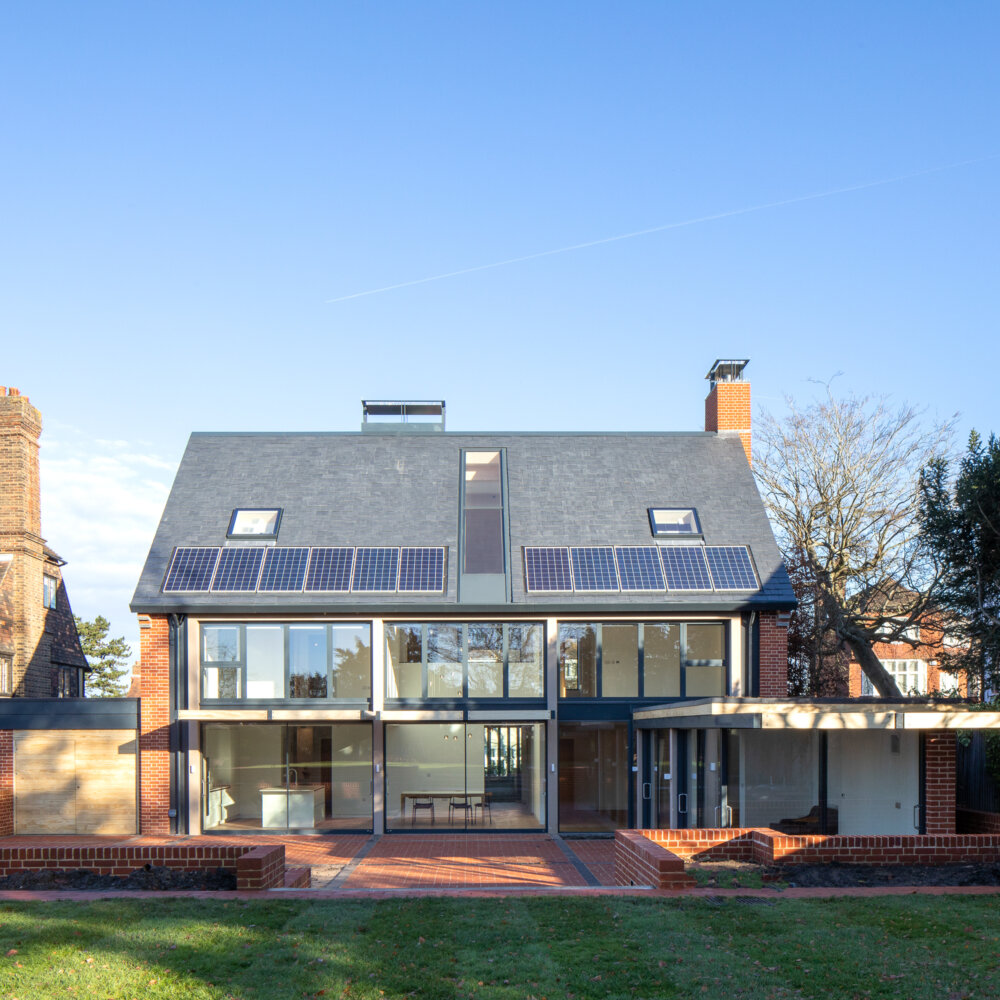 Earth Day: Where Are We Now?

We wanted to take an opportunity to reflect on what we're doing as a sustainable architecture practice – and how we could improve. 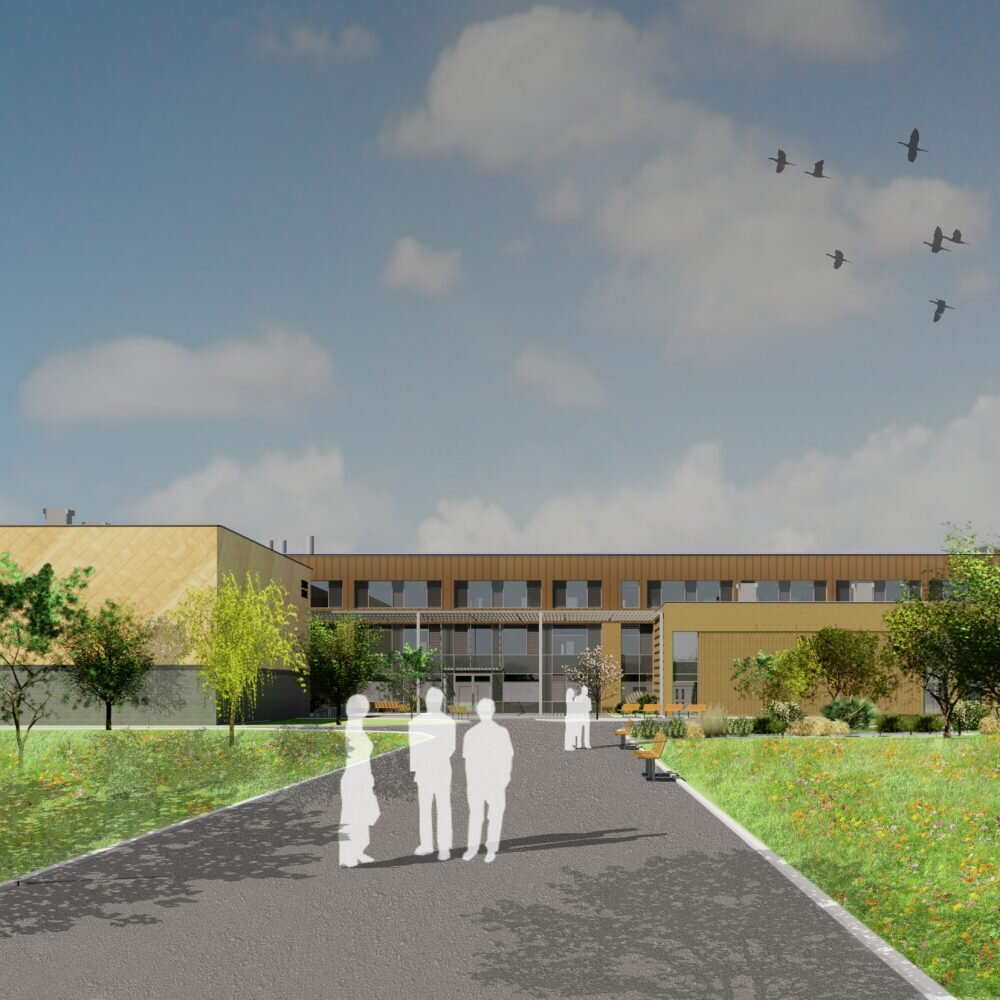 We’re delighted that our design for a new 6FE secondary school is a LETI Pioneer project – so we’d love to share with you some of the ways we’re making it a sustainable exemplar. 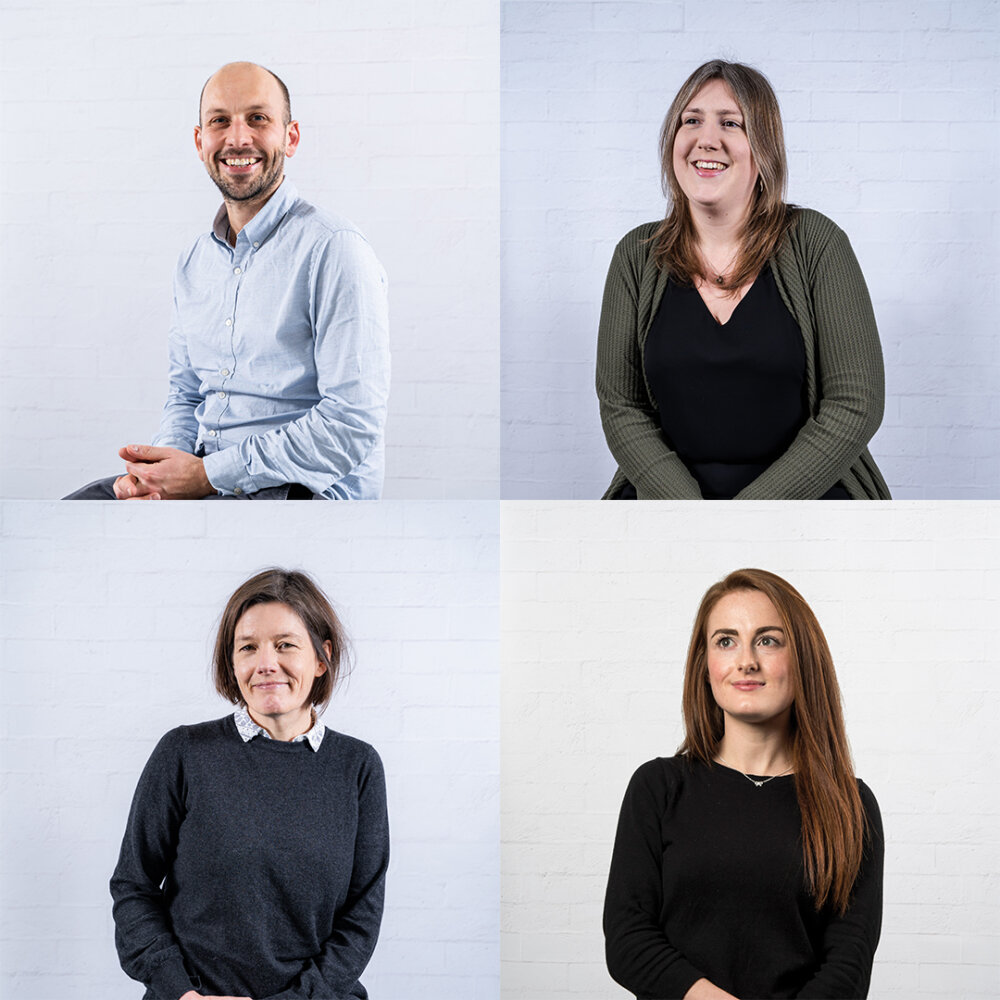 ADP is delighted to announce that four of our architects have recently achieved certification as Passivhaus Designers.