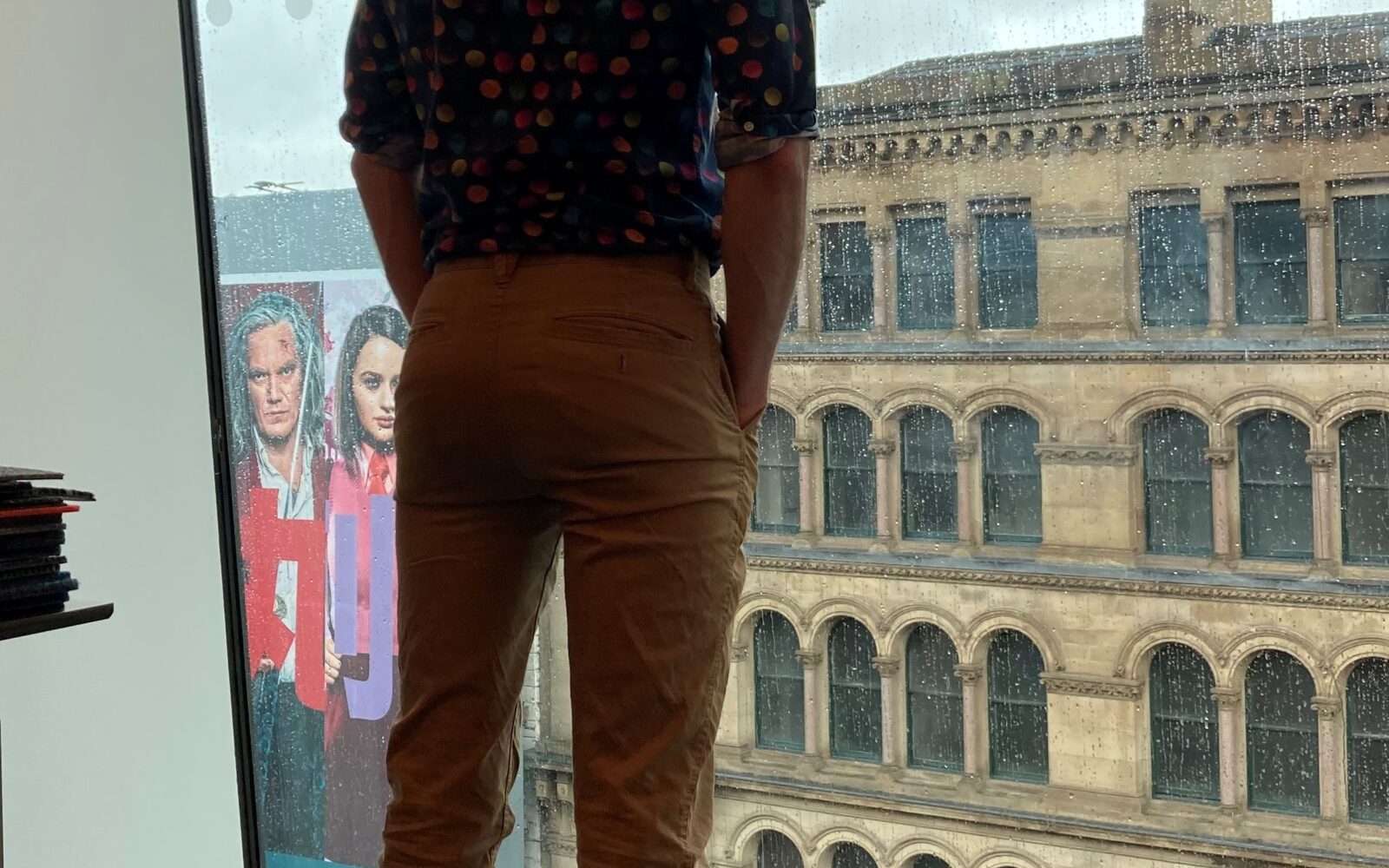 From Where I Sit… by Tom White

The “impact” part is really about social value – “social value and communications executive” would have been even harder to fit on a business card, so I shortened it, but that’s what the title means. Essentially, then, I spend half of my time exploring how ADP creates social value, and helping to measure and maximise that value. And I spend the other half communicating on behalf of ADP – with clients, with potential clients, with stakeholders and subconsultants, employees and “end users” (a weirdly alienating term that refers to the people who make use of buildings).

In both aspects of my role, ADP’s vision is crucial. We exist to create more joy in our world, using the three pillars of sustainability, engagement and belonging. This is a powerful idea but not an obvious one, and it needs powerful communication to take hold. But it also needs to be put into action in a way that’s measurable – a key principle of social value.

When ADP rebranded and joy became our central goal, we explored the difference between joy and happiness. I’ll confess that I’ve always struggled to get a grasp on this difference: joy, we’re told, is deeper and longer-lasting than happiness, but as a (semi-lapsed) Catholic I find it hard to disentangle the word from a religious context. Over time I’ve grown to think of it in terms of photographs, single snapshots of people ADP’s work has affected. It’s longer-lasting than happiness, but it’s also capturable in the moment, and therefore measurable.

Communicating joy means stripping away the archispeak our industry is so attached to and saying what we really mean, what we really feel. We’re a community of people, even on the occasions when we need to behave like a well-oiled corporate machine. And the people we work with – those who commission us, who share their expertise with us, who live and work and learn in our buildings – are people too.

And how about measuring joy? Well, joy is a feeling: you can’t see it, or at least not directly. So you have to ask people. One of my big projects at the moment is reshaping the way we do post-occupancy evaluations (POEs), where we return to buildings after they’ve been in use for a while. In order to find out how these buildings work for the people using them, you of course have to ask those people directly. And you have to listen—to the good and the bad, the predictable and the confusing—and record what you hear, and really learn from it. Turning these conversations into viable measurements of something like joy is difficult, but not impossible: we’ve been using a system called social return on investment (SROI) to find out how important certain feelings are to different people, to link those to our design decisions, and to come up with a decent estimate of how positive (or negative) an impact we’ve had.

Of ADP’s three “pillars” of sustainability, belonging and engagement, belonging might be the one that speaks to me the most. We are all part of something—in most cases, of many things. We belong to multiple communities that intersect, from the more obvious groups that make up our families and workplaces to the wider, less clearly formed communities created by our neighbourhoods, by the buildings we visit, by our political groups and personal circumstances.

Some of these communities haven’t traditionally been welcomed or valued in the same way as others, and I’m excited to have helped set up an EDI (equality, diversity and inclusion) group at ADP to try and address some of these issues. Architecture has an elitist, masculist image that’s hard to shake, which speaks to a certain cognitive dissonance given how important a sense of place is to building and strengthening communities of every kind. (As our Manchester director Helen O’Curry once put it, “Women use all the places and spaces we build. We should be an equal part of designing them too.” This of course holds true for every group you could name.)

My hope is that the EDI group won’t just improve the sense of belonging of people at ADP, but that it will have a knock-on effect on the buildings we design too. This could be either directly – by considering what inclusive design really means, and how we can support it – or indirectly, through the influence of a more closely knit and representative community of employees.

Engagement originally means a pledge or a promise—as it still does, in the sense of a promise to marry someone. But every kind of engagement involves some kind of promise to someone. When ADP engages with stakeholders, we’re making a pledge to listen to their needs and actually do something about them, rather than simply ticking boxes for the sake of a planning application.

Likewise, when I’m trying to make ADP’s communications more engaging, what I’m searching for is a rapport with the person reading or listening to those communications. It’s a rapport based on trust, going beyond the simple facts of a statement to bring personality to what we’re saying. But personalities have to be consistent: when we judge someone’s personality, we’re making predictions about how they might behave in a given situation. If our communications aren’t true to our behaviour, that trust—that engagement—breaks down.

We usually think of sustainability in the sense of environmental sustainability: combatting climate change, protecting biodiversity, avoiding pollution. But in the wider sense, it simply means a system’s capacity to sustain itself. That system might be the natural world, but it can equally be a community, a business, a person’s daily routine.

ADP has an inherently sustainable business model, as it’s employee owned. This was one of the most exciting features of the practice when I first joined: coming from a company that had been owned by a private equity firm, with very little interaction with employees and a frankly terrible level of mutual trust, it was a revelation to work at a place where employees’ voices had not only a platform but genuine power via the employee council—a direct link to the highest level of governance, the board of directors. I love sitting on the council, as it means I can take part in a system that builds trust and communication across the whole practice, making our business more robust and adaptable to face challenges.

This attitude—of communicating through all layers of a system, of flexing and adapting to change—can build sustainability in any context. It’s about constant reflection and feedback, listening and learning with humility. It’s about working together, not just within the practice but with all the people whose lives and business intersect with ours. These principles—sustainability, belonging and engagement—aren’t separate, but centre on the question of communities. How do we build communities that people feel a part of? How do we make sure those communities are human and trustworthy? And how do we make those communities last? Designing places that respond where those communities can flourish is only a part of that—but it’s a key part, and it’s a goal ADP is committed to achieving. 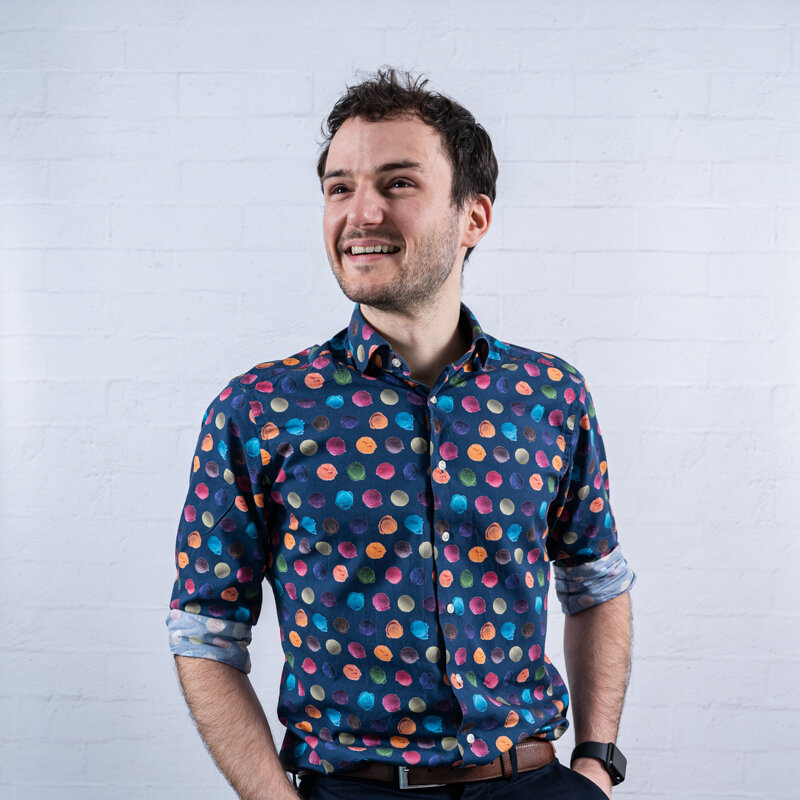 Tom is our impact and communications executive. He has a unique split role, working with the marketing team to support internal and external communications, while also driving the practice’s approach to social value.

Tom is passionate about business ethics and purpose, and helps to ensure that all our projects contribute positively to their communities. As an English Literature graduate and former copywriter, he guides our tone of voice to ensure that we express our values and purpose consistently and engagingly.

Outside of work, he splits his time between running along Manchester’s many canals, producing bad ambient music, and writing a dystopian novel. 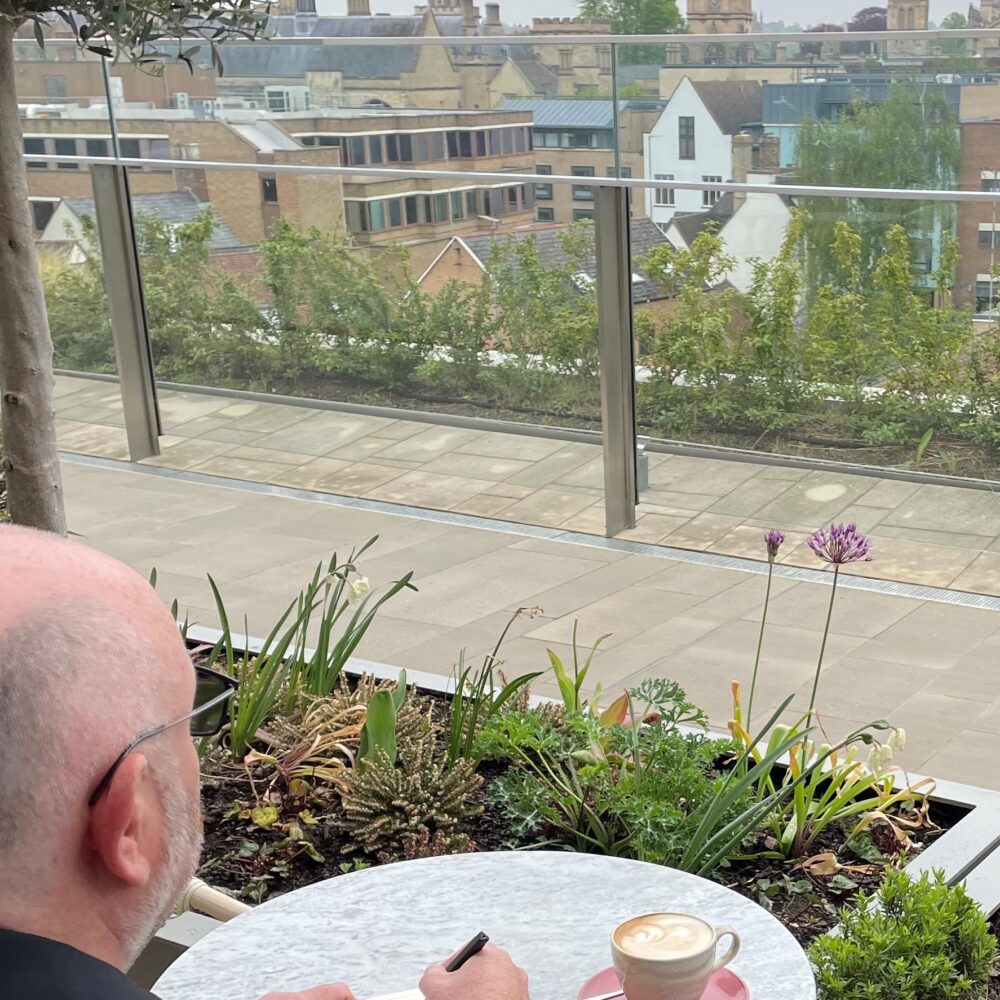 From Where I Sit… by Craig Cullimore

Craig Cullimore, ADP Chair, shares his thoughts on ADP's vision in the first of our From Where I Sit insight series. 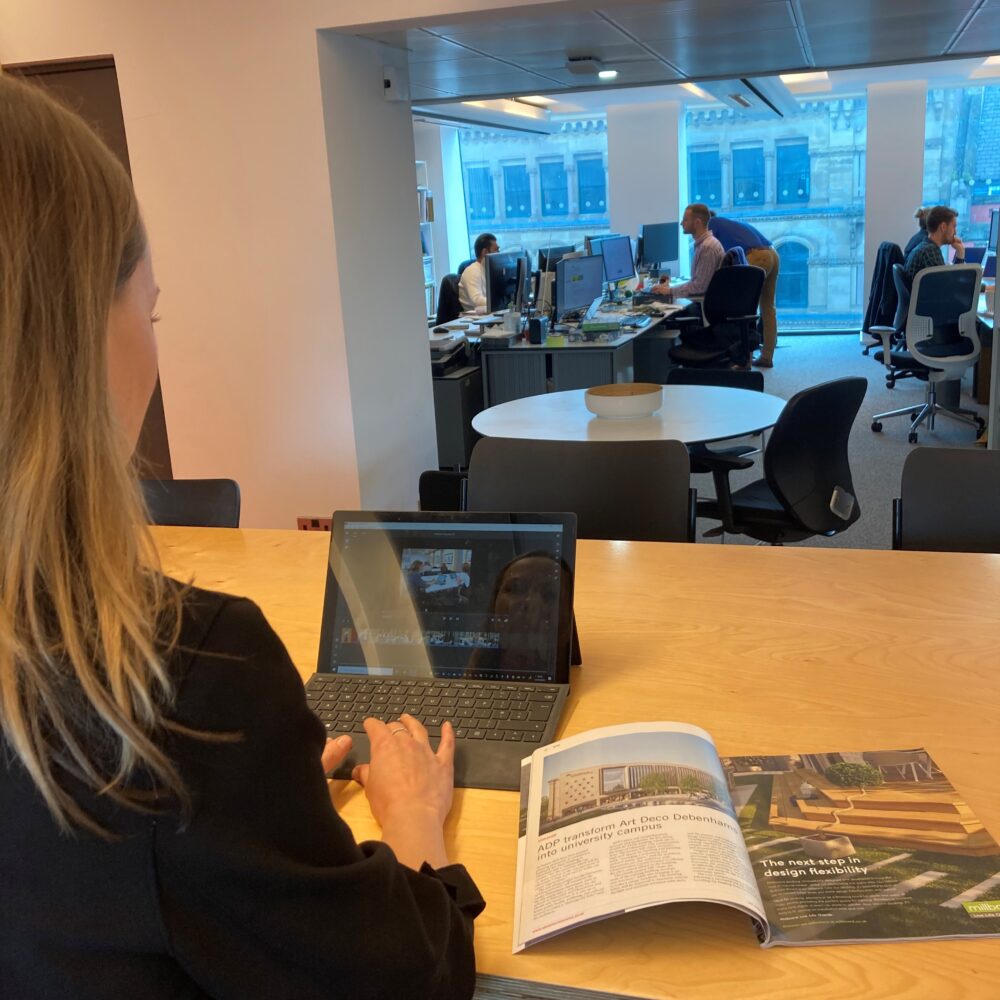 From Where I Sit… by Vicky Knowlden

Vicky Knowlden, ADP’s Marketing and Communications Director, shares her thoughts on ADP’s vision and how she applies it to the marketing and communications of the practice. Redefining Good Marketing Sadly, we’re all too familiar with spammy, gimmicky, poorly timed, greenwashing, pushy marketing campaigns that lead to overconsumption. This may be what first springs to mind […] 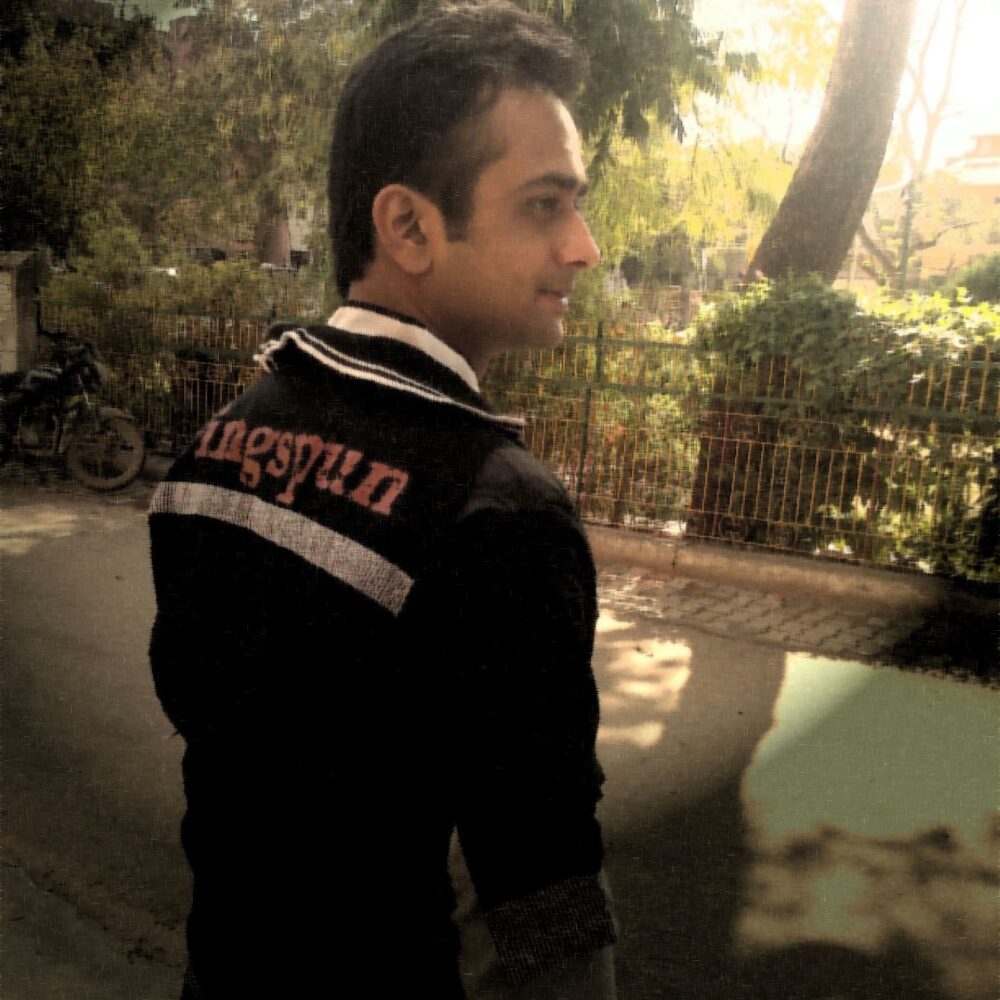 From Where I Sit… by Eishan Jain

Eishan Jain, Associate Director of our Delhi studio, shares his thoughts on ADP’s vision as part of our ‘From Where I Sit’ insight series. A Shared Purpose I have been part of ADP since 2015, and I’ve met some wonderful, bright and like-minded colleagues over the course of that time. As an associate director, I […]